This is Blair tunnel on the N&S going north out of Richlands VA. 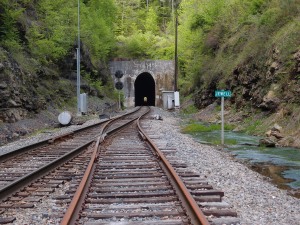 Here’s a closer look at the portal 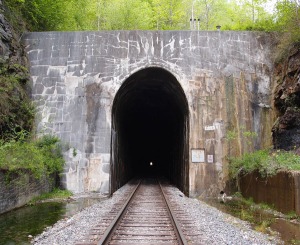 There’s a sign that says “Blair” on the right.  The large plaque thing below it is blank.  The tunnel overhead is strongly supported by anchor bolts, but some of the concrete has broken away and there’s a fair amount of water leakage.  The rails here are lightly used and the waiting tracks all were rusted.

From here, this line heads northwesterly to Vansant and points west.